Silverdocs opening night appeared to be a big success for AFI. With Don’t Stop Believin’: Everyman’s Journey featured on opening night, the red carpet was bumpin'. Silverdocs, the annual Downtown Silver Spring documentary festival, is composed of documentaries from around the world.  It will run through Sunday, June 24. General Admission is $13.  See the film program and buy tickets HERE. 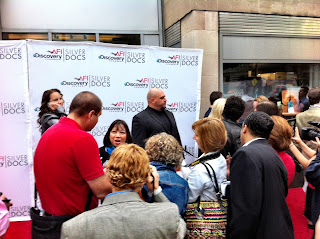 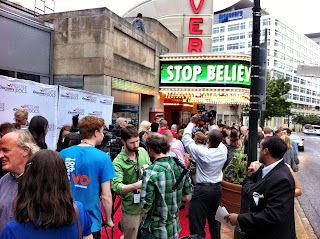 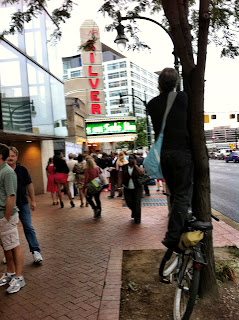 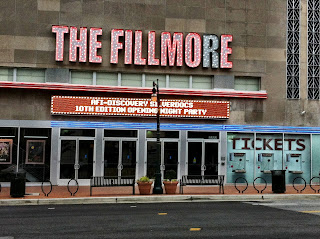 I couldn't help but notice the restaurants across the street seemed quiet with not much going on. I will say that at the time I took these pics, people were lining up to get into the films, but it was still early and things just seemed to have very little energy. I would think that with an event like this going on in the neighborhood, it would be a huge marketing opportunity. 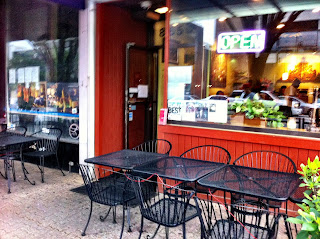 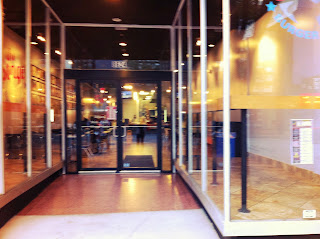 Hopefully we'll see more of a buzz throughout the rest of the week at the area's local establishments.
Posted by Alicia at 8:08 AM