The year was 1988.  The movie Spaceballs had been out for over a year and I had seen it too many times to count on VHS. I wanted to be a Mog for Halloween that year ("half man, half dog, I'm my own best friend!"). Madonna ruled the my airwaves. Three Amigos ruled my vocab. I used my neighbor's big wide (impossible to fall off) Powell Peralta skateboard as a method of transportation to go trade Garbage Pail Kids with my friends. I still had my Atari, but the original Nintendo ruled my world and went on to do so for many years. Nerd alert: I still have it and on occasion, I will plug it in and give it a go. 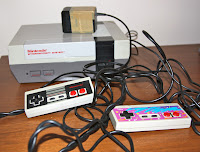 This summer through fall (June 29 - September 19), we can kick it old school and relive the 80's at the AFI Silver Theatre. They are featuring "Totally 80's Awesome" showcasing the big hits from back in the day. Yow know - the ones you quoted non-stop, back when movies were awesome. They just don't make them like they used to (things you say when you're officially old).

General Admission is $11.50 and children are $7.00. However, on June 28, they are having a Half Price One Day Sale.  Here is the totally awesome list from their website: 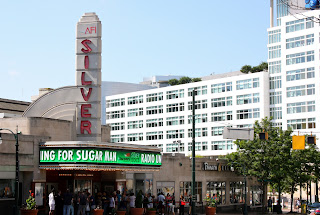 
You can start your day by hitting up American Apparel on Colesville for your neon apparel. Check it out their window at the Downtown Silver Spring location. 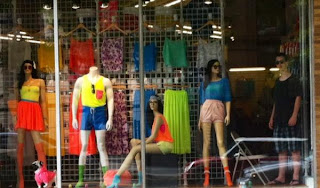 
Then hit up Ray's the Classics for dinner prior or after seeing your movies just for the theme of it. They have the more casual Bistro Menu and then the full Dinner Menu. Ray's has to be the best bang for your buck when it comes to steaks.
8606 Colesville Road

Then for dessert you can head over to Moorenko's Ice Cream Cafe for a good ol' fashion banana split or sugar cone with cookie dough or maple walnut.
8030b Georgia Avenue


You can also check out some pretty cool pics of Downtown Silver Spring back in the 80's at Silver Spring Singular's blog.
Posted by Alicia at 12:23 PM